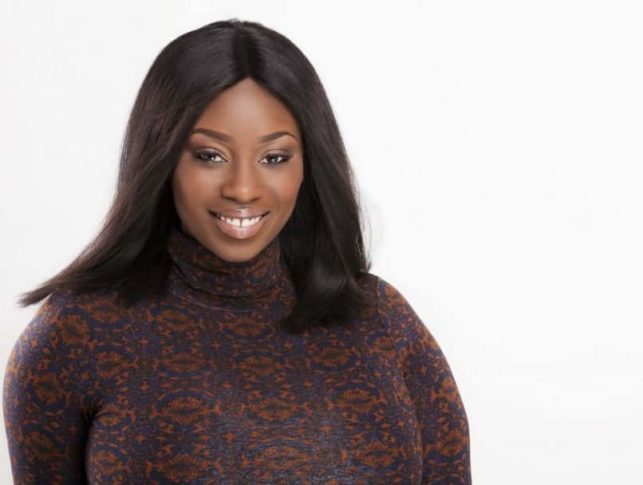 The British-born personality promotes education, entrepreneurship in Ghana and Nigeria.

As a child growing up in the United Kingdom, Peace Hyde had two dreams: One day moving to Africa, home of her Ghanaian forbearers, and launching a career in television.

Today, Hyde is living that dream in high style as an award-winning broadcaster, internationally recognized entrepreneur, West Africa correspondent for Forbes, and founder of a nonprofit that promotes education in Ghana and Nigeria.

Two years after leaving a teaching career in England to move to Ghana, Hyde, 30, was recently named African Broadcaster of the year at the Nigerian Broadcasters Merit Awards 2016.

Hyde also was one of five people in media and entertainment named to a prestigious list of 50 most influential young Ghanaians in 2015 and was recognized as a Young Chief Executive Officer leader by the young CEO Business Forum in London for her work with Aim Higher Africa, a nonprofit she founded to promote education in Ghana and Nigeria.

She is also currently nominated for International Business Woman of the Year at the Women 4 Africa awards in London in May.

As a teacher in England for seven years before relocating to Africa, Hyde learned two important lessons: the importance of education to motivate and empower young people and the ability to multi-task, which has served her well in her many roles.

Education is a critical tool in the fight to empower communities and lift them out of poverty, she said.

Encounters with young people who carried goods back and forth at the markets of Accra convinced her that education was their way out. Seeing young girls who had no future but laboring at the marketplace, she said she “felt a deep sense of injustice. Something needed to be done for these girls.”

Without funding initially, she began to teach the children at the marketplace. Later, she found support to start Aim Higher Africa, a nonprofit that focuses on education and entrepreneurship.

As the program has grown and expanded to also work in Nigeria, where Hyde is currently based, she said it has become more strategically focused on bringing digital education to rural classrooms.

Currently, the organization is working with 30 schools in Ghana and Nigeria, Hyde said.

She wants to help build a generation of young African entrepreneurs to help improve employment opportunities on the continent.

She said discussions traditionally have focused on job creation. But her philosophy with Aim Higher Africa is that empowering the next generation entrepreneurs and leaders who can create new industries “the only way you can create sustainable and scalable opportunities.”

She also hopes to tell success stories in her role as a television host and Forbes West Africa correspondent. As more stories of successful entrepreneurs are told, the environment and opportunities for the next wave of entrepreneurship will improve.

She sees “a new Africa where we are proudly exporting our heritage to the world,” she said. “I believe it is time to highlight the move towards digital platforms and technological advances that were not present (in Africa) a couple of years ago.”

Started with a teaching career

Born to Ghanaian parents in the United Kingdom, she was raised in England and received a degree in psychology from Middlesex University. She went on to receive a master’s degree in journalism and communications as well as a teaching qualification.

Once she completed her studies, she taught in middle and high school for seven years.

She said her experience as a teacher gave her a lot of practice in multitasking, which has paid off as she juggles roles that include broadcasting, running a nonprofit and even some acting.

Her current broadcast projects include hosting a popular celebrity talk show, The EFGH Show (Entertainers from Ghana) and hosting Friday Night Live, a lifestyles show. She has occasional roles in television programs, including a role as a Yoruba mother on the MTV program “Shuga.”