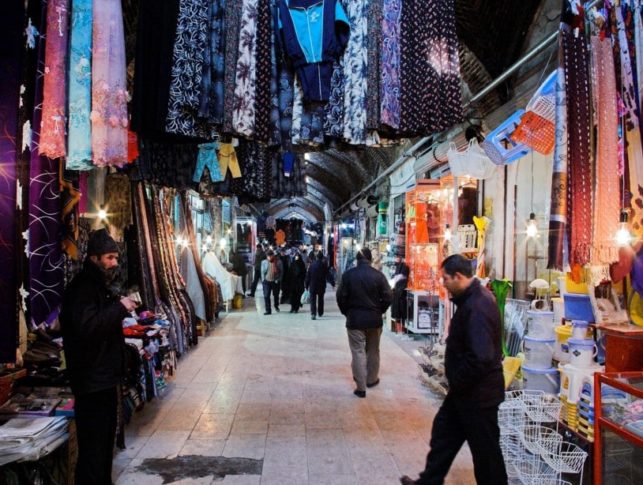 Implementation of 2008 VAT  tax at a time of economic stagnancy is causing confusion and anger in Iran’s merchant class.

Across Iran there is a growing anger at VAT bills received by merchants, many of them covering the years since the tax was first implemented in 2008, and some of the bills reaching $100,000 or more.

As Iran faces economic stagnancy, businesses claim that these VAT bills could in many cases render their businesses unsustainable. Falling oil prices have greatly affected the Iranian economy over the last few years. And with the groundbreaking deal with the West on slowing development of nuclear weapon capability meaning that many sanctions will be lifted in mid-2016, many consumers have vastly reduced their spending in the hope that the deal will bring both lower prices and a greater range of available goods.

Historically Iran has had a laid back approach to taxation; authorities were often willing to negotiate and bargain, there was a high level of smuggled – and thus tax free – goods available on the market, and dual accounting was and is still common practice to avoid some taxes. But with the global oil market seeing reduced prices over the last decade, the Iranian government brought in a 3% VAT level in 2008 on all but everyday goods such as bread and some other food products.

But since President Hassan Rouhani took office in 2013, tax collection has been stepped up, a move that is now worrying business owners across Iran. With oil prices forecast to continue falling in the year ahead, the lifting of sanctions still several months away, and with a deficit that could reach 550 trillion Iranian rials next year (18.3 billion USD), the government is keen to maximize tax collection. Given that the vice-president of the Iran Chamber of Commerce, Pedram Soltani, estimates that 40% of all government income in the year ending March 2016 will come from taxation – with VAT constituting half that figure – it is understandable why the authorities in Tehran are keen to pursue this.

Power of the Merchants

But President Rouhani has to tread carefully on this issue. Despite there being a ban on free trade unions, the merchant class – or bazaaris to give them their traditional name in Iran – remains a powerful force with a past history of confronting the government on this same issue. They played a key part in the revolution of 1979, combining with the clergy to oppose the Shah’s oppressive policy and implementing strikes which crippled the economy. And, when they see it as necessary, they have again wielded that power to oppose policies by the new regime. A 2008 strike in response to the original implementation of VAT saw clashes with security forces as many businesses closed. This led to a temporary suspension of the tax and an announcement of annual rises with an agreement on figures of 6 to 15%. Then in 2010 the government stated that VAT on many goods would rise by 70%. Once again the bazaaris went on strike and once again the government backed down, agreeing to reduce the VAT rise to 15% instead of 70%. The government also offered a concession that businesses who could show they operated at a loss in previous years could apply for an exemption from increases.

An interesting factor of both these strikes was that it was not confined to merchants who were affected by the higher rates but was instead supported by traders across a wide range of goods, illustrating that the bazaaris had strong solidarity across their “membership.”

A rock and a hard place

How this current dispute plays out will be interesting to observe and hard to predict. On one hand, there is a determined government led by Rouhani who is trying to steer the country through uncertain economic waters. Even with the lifting of sanctions due in mid-2016, it will take some time for that to have any positive effects. On the other hand there is a united and powerful merchant class who are adamant that many businesses cannot survive these new increases or backdated bills. Given the outcomes of the two previous strikes and the resulting government climb-downs, it may well be the case that Rouhani has to consider some form of compromise, as strike action of any length would further damage the economy and could also lead to more instances of public disorder.