What do reformist gains in Iran elections mean for business? 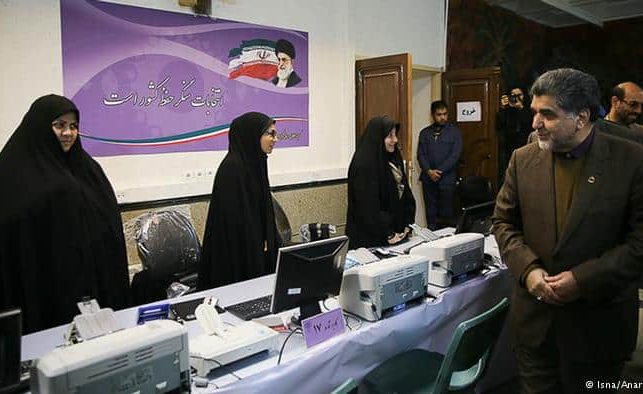 On February 26th, Iranians headed to the polls and handed moderates and reformists a surprise victory. The result also signaled the endorsement of President Hassan Rouhani and his more moderate agenda and economic reforms, such as his recently negotiated nuclear deal and his moves to engage with the West.

Iranians were voting to decide who sits in the powerful 88-seat constitutional council, the Assembly of Experts, and the 290-seat Iranian Parliament. The Interior Ministry reported that the final count in the parliamentary elections gave reformists 85 seats and moderate conservatives 73, meaning the two blocks, who put their differences aside to run on the same platform, now hold a 54% majority over hard-liners. Iran’s moderates also won a majority in the Assembly, receiving 52 seats, or a 59% majority, bringing to an end more than a decade of conservative domination. In a vote of confidence, President Hassan Rouhani and one of his leading allies, former President Ali Akbar Hashemi Rafsanjani, also retained their seats, while two prominent hardliners lost theirs.

The main role of the clerical Assembly of Experts is to choose the Supreme Leader, the head of state who sits above the president. Current Supreme Leader, 76-year-old hardliner Ali Khamenei, is reportedly ill, meaning it is likely the Assembly voted in by this election will pick the next Supreme Leader. If a reformer or moderate is elected, Iran could see significant change.

However, although this election gave moderates their most dramatic gains in a decade, there have been arguments that the victory is not as reformist as some claim. The running lists were both heavily pruned by the Guardian Council before the vote, with all but 166 rejected of the 801 individuals who put themselves forward as candidates for the Assembly, and 5,200 of the 12,000 individuals registered to run for the Parliament rejected. Nonetheless, with a 62% turnout, this election will be seen as a blow to hardliners and as evidence of a desire for change.

The economy at the heart of the elections

The economy seems to be at the heart of these election results. Iran has been suffering double-digit unemployment and inflation for much of the past decade. Sanctions have cost the country between 15-20% of GDP. And many of its brightest minds have deserted the economy, as 300,000 Iranians moved abroad between 2009 and 2013. A reformist victory suggests that Iranians have had enough of economic pain and are ready to endorse Rouhani’s economic reforms.

Rouhani intends to strengthen the private sector by tackling corruption, welcoming foreign investors, and developing trade with the West. Indeed, since taking office in 2013, more than 120 foreign business delegations have visited Iran in search of business opportunities. And just last month, February 2016, Chinese President Xi Jinping made a poignant visit to the country to discuss increasing trade and signing several agreements. Rouhani has also travelled to Europe to drum up foreign investment, meeting Matteo Renzi in Rome and Francois Hollande in Paris, where he left with $30 billion in deals. Rouhani has also previously said that he hopes to develop tourism into a $30 billion-a-year industry by 2025.

His negotiation of the nuclear deal in January which lifted sanctions allowing Iran to once again export oil, was also a very clear message of intent. The country now plans to export an additional 1 million barrels a day this year, low prices or not, which will offer a boost to Iran’s economy. And it is also highly likely that foreign firms will start bidding on Iran’s oil fields, bringing the country more modern techniques. Moving forwards, analysts believe that these election results will offer Rouhani comparatively fewer restrictions on economic reforms and in making the country more attractive to foreign firms looking for a piece of the relatively untapped market of 77 million consumers. Analysts expect that Rouhani will find it easier to push through legislative reforms and address issues crucial to the business sector such as the commercial code, labor laws, and stock market regulation. They cite the expectation that hardliners will now focus their diminishing political power on social and cultural conservatism.

Analysts have also commented that the positive public opinion will also be significant. These election results offer a symbol to the rest of the world that Iranians themselves are more favorable towards trade and commerce with the West and America, and that in turn could encourage foreign businesses to make longer-term investments.

Of course, the elections do not leave Rouhani without restrictions. Supreme Leader Ayatollah Ali Khamenei, who is strongly against the expansion of civil liberties and freedoms, will still have the final say on matters of state, and the similarly conservative unelected clerical body, the Guardian Council, will continue to have the power to vet all laws. But it does seem that the winds of change may have begun to blow.